We woke up and met two more friends from America in Tokyo, then we all went to the train station together.  We took a 75-minute ride on the bullet train to Atami, which is a seaside resort town in Hakone.  After arriving there, we discovered that the town is usually visited by Japanese vacationers, so it is unprepared for foreigners.  Nothing was in English, and nobody spoke any English either.  In spite of that, we somehow managed to figure out how to get on the bus and ride up to the Jukkokan pass, then up the cable car to the mountaintop where there was a view of Mt. Fuji.  Unfortunately, it was a hazy day, so we didn’t have a good view, but we did have a good time wandering around and eating some ice cream. 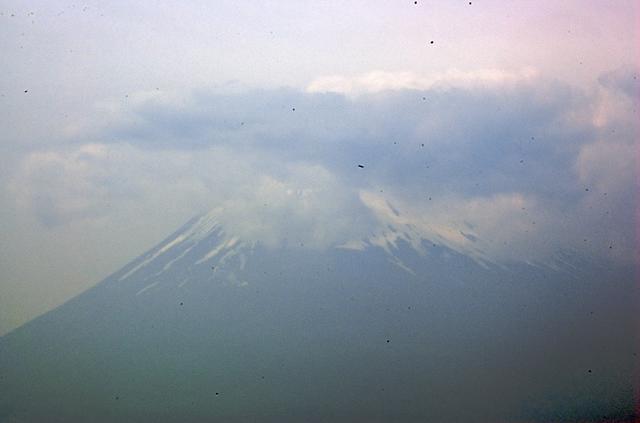 We rode the bus back down to town in the afternoon and wandered down to the beach.  It wasn’t really a good beach for sitting on, but there was a “moon plaza” that we took some pictures of.  After that, it was time to get to the train station, so we walked back and took another 2-hour bullet train ride to Kyoto.  We successfully took the subway to the stop nearest our hotel, but we came out the wrong exit, so we spent about an hour wandering in circles before we finally figured out where we were.  Finally we checked in and then went out wandering to find food.  We found a nearby 24-hour vending machine restaurant.  The food doesn’t actually come out of the machine, but you walk in, choose your meal from a picture, and then a ticket comes out.  Then you sit down and give your ticket to the waitress, and pretty soon the food comes.  It’s not clear what the purpose of the machine is, since all it does is take the order, but the food was tasty as always.

The next day we woke up and went sightseeing in Kyoto.  We planned to meet Jamie and Rob at Nijo Castle, but we woke up early, so we went to visit some nearby gardens first.  There was a very nice pond and some shrines, and then we discovered a weird vending machine that spit out a package wrapped in wafers.  We managed to decipher it enough to discover it was koi food, so we walked onto the bridge and started throwing pieces down into the water.  Almost instantly we had a huge swarm of koi fighting to snag the food we were throwing in.  There must have been 50 fish in that pond!  Eventually the time came, so we walked back to Nijo Castle and went in.  We walked around through the grounds and the palaces in amazement.  The nightingale floors in the palace were particularly interesting. 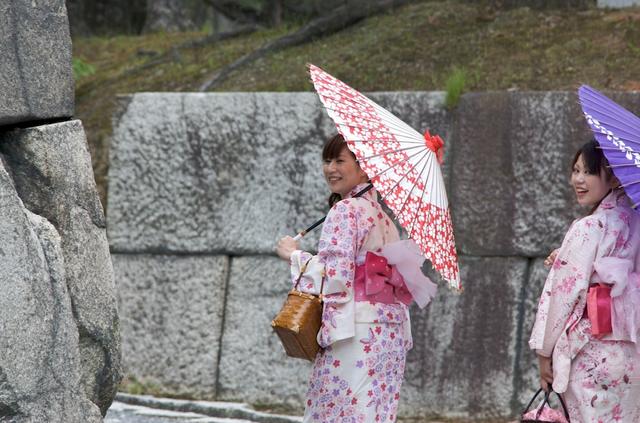 After the castle, the group split up, and Richard and I went to the Kyoto art museum.  We managed to find our way from the station to the museum without any wrong turns.  Maybe we’re finally learning how to read these Japanese maps!  After that we went over to the Heian shrine because it was nearby, but it was being restored, so there wasn’t much to see.  We rode the subway from the shrine back to Kyoto station.  We wandered up and down through the two 11-story shopping malls attached to the station and then went to have dinner in a ramen shop.  The ramen here is different (and way more tasty) than the ramen one might buy for \$0.14 in a store in America, but it’s also more expensive (around ¥900).  We also ordered beer, and this was the first time it came in bottles instead of glasses.  Nearly every other drink we’ve seen has been tiny, but beer turns out to come in bottles of half a liter.  Not only that, but the beer is a bit stronger here, so it was a pretty exciting meal by the end. 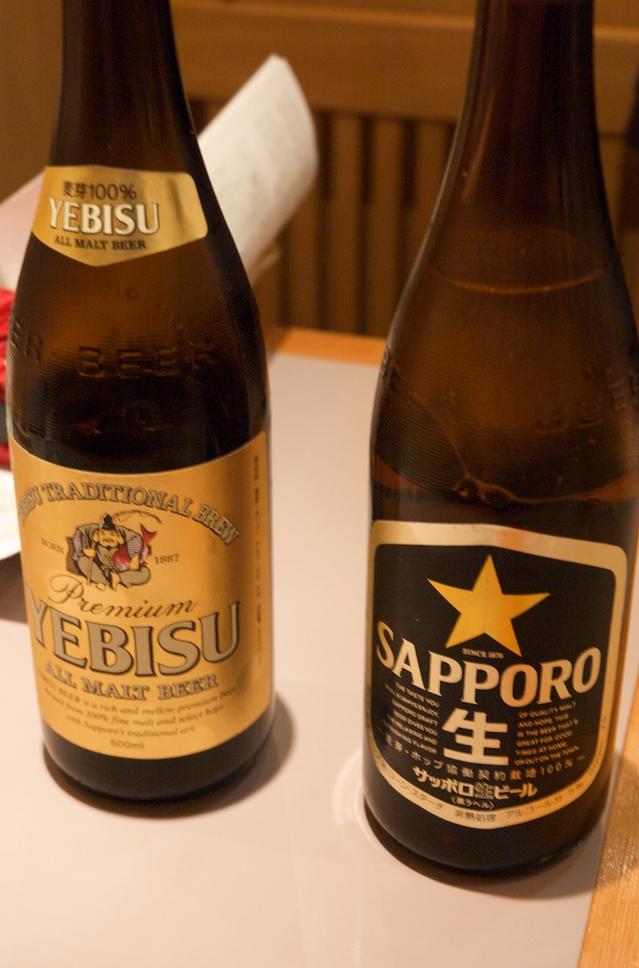 After dinner, we walked outside the station to see what downtown looks like.  We took some photos, wandered around a bit, then finally headed back to the hotel to wind down.