Today we woke up around 7.  Not bad - I guess that means the jet lag is beginning to wear off.  After spending a couple of hours in the morning planning out the next couple of days, we met up with Kayo-san and took the train to Akihabara, the electric city.  Since we were now taking the regular train, we exchanged our rail pass orders for real passes.  Now that we have those, it seems that we just have to wave them at the station guards to get onto any JR train.  It worked for today, but the real test will be on Tuesday when we go to Kyoto.

Akihabara was almost beyond description.  It is the packed, neon metropolis that I think most people imagine when they think of Tokyo.  There were hundreds of tiny stores selling every imaginable variety of gadget, and every store was jammed full in spite of the rain.  The vendors stand in the street near their shops waving signs that announce their specials and shouting out sales pitches to passersby.  Many of the shops also have costumed women standing on the sidewalk trying to hand advertisements to people.  I hope they aren’t paid based on the number handed out; nobody that I saw took one. 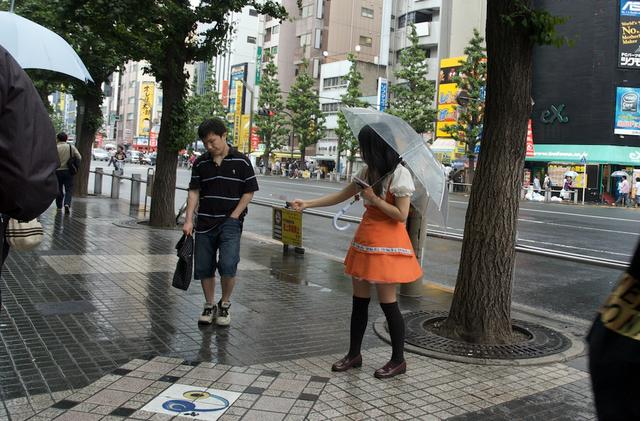 In addition to the myriad tiny shops in Akihabara, there are also several mega department stores.  We visited Yodobashi Camera, and ended up spending over two hours just to see the store.  I don’t mean to scour the place, but just to get to all the floors and see what was on them.  Imagine Best Buy, 10 cell phone stores, several computer manufacturers, a couple of camera shops and a super Wal-Mart all under one roof, and you begin to get the idea of the size and scope.  Plus, on the 9th floor they have a golf store with a small putting green. 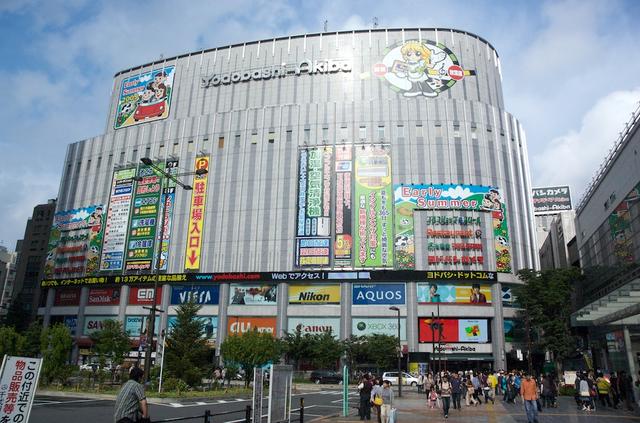 When evening came, we took the train back to Shinjuku, then went out to eat sushi.  The restaurants were all packed, so we ended up settling for tempura instead.  Even though it wasn’t what we had intended, it was still delicious.  Tomorrow we are getting up extra early to visit the fish market, so it’s time for an early bedtime.