Today we woke up extra early again so that we could visit the Tsukiji fish market.  It is one of the largest fish markets in the world and we were pretty excited to see the tuna auction.  Unfortunately, “extra early” turned out not to be early enough, so we missed the auction.  We still had a fun time wandering around looking at all the kinds of sea creatures for sale.  One thing that struck me was the sheer quantity of fish present.  If this much is taken every day, it’s amazing that there’s anything left in the ocean. 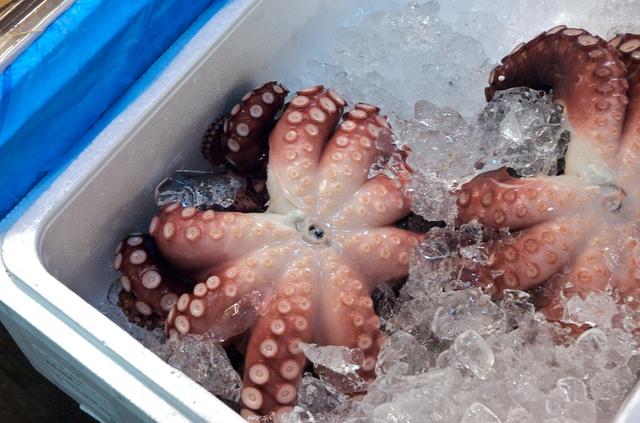 After the fish market, we went to visit the Meiji shrine and gardens.  There was a guard at the gate, and that confused us into wandering around for a while until we realized that he wasn’t actually there to keep people out.  The grounds contain over 100,000 trees from all over the world that have been donated in memory of the former emperor and empress.  In addition, they have a carefully arranged garden and several large fields of wildflowers.  In the middle of everything is the shrine itself．It was not the most beautiful or dramatic shrine we’ve seen so far, but it was by far the largest. 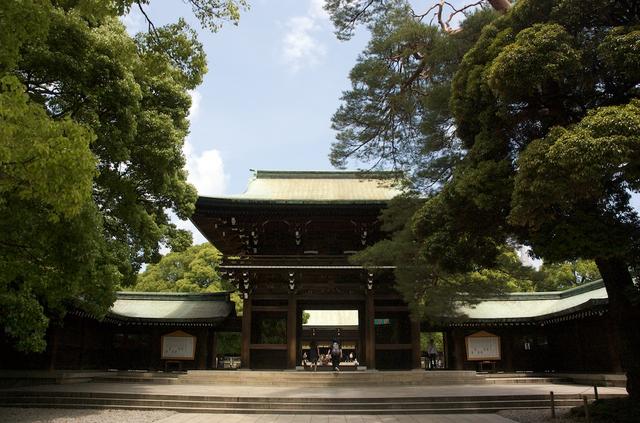 Once we had wandered all over the grounds, we split up.  Richard went back to the hotel to have a nap, and I walked over to Shibuya station to see the famous intersection there.  It turned out to be a bit longer of a walk than I had expected, because I misread the map several times.  In Japan, maps are not oriented with north facing up.  Instead, they are oriented in whichever direction seems best to the mapmaker, so it is vital to match up the map with what you’re looking at before trying to read it.  On the other hand, I did get to walk through several streets of high-end departments stores, so it wasn’t wasted time.

I returned to the hotel in the mid-afternoon, and we went to the train station to get tickets for tomorrow.  We plan to visit Atami to see Mt. Fuji and then travel to our next hotel in Kyoto.  I don’t know if we will have ready internet access there, so this may be the last blog entry for a while.