Okay time to play catch-up. Kyo was an excellent tour guide. We took the subway to Tokyo station in the center of Tokyo, which took 40 minuets by subway. I can now say it is official, there is a thing called a ‘Subway’ and something called a ‘train’ and i am just about convinced they are different. Should they be? That would be a different debate, but getting fare for the rides was an experience. Seeing a ticket machine in Japanese is intimidating, an ATM is a nightmare. If there wasn’t an English button the task would be imporsssible, ATMS do not use a standard construction. But to be fair i have only seen two types. One with a 10 key configuration, and one with the number across the bottom in a row. I might have more to say if they would give me money again. I managed to get 40.00 from one, which is 4000 yen, but i wanted 400.00 and could not bring myself to type in 40,000. (OM i just though of my problem i cannot take out more than \$300.00, my card may not be broken at all. I might just be trying to take out too much money from an ATM. WTF - MF) Anyway, as you can tell it has been a while in Japan, so i will continue with fewer tangents. We went to the Imperial Palace, which was over 700,000 acres and we walked through most of it. It was so much nicer to be able to ask questions, and have someone decode the crazy signs. I did meet a guy at the palace, who I though might be trying to sell me something, but he didn’t show me any merchandise. It turned out he was a social studies teacher and wanted to practice his English. He was very nice and wanted to know about the land we were from. I was happy because, for me that is what makes a trip. I told him if he ever went to the US, he was welcome to visit, and promised to send him some coffee. I had brought extra gifts and brochures for just such an occurrence, but left them at the hotel. From then on, i have been carrying them around just in case.  The palace was pretty cool, and was the best sight seeing yet. I was out there so long, i got sunburned. Afterwards we walked to eat some good Japanese food, and learn some proper ettitque for restaurants. 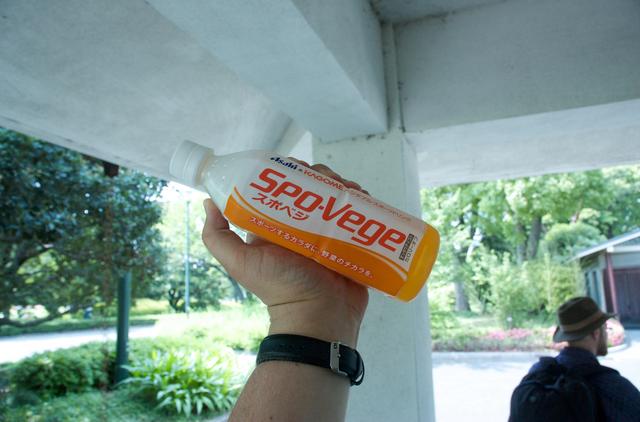 We saw the sumo arena, and a sumo wrestler, but the match was sold out. It was the second to last day of the matches an unusual for them to be sold out.  So we went to the Tokyo Edo Museum, which was interesting… It was alright, but I thought it was more for locals, and not really translated for foreigners. For dinner we went to iLand, which turned out to be across the street from out hotel! Being from New Mexico I am shocked to learn that stores are on the second floor or above like the 4th!